Last month on February 11th was a dance convention in Orlando that we just don’t see enough of in Florida. The classes were taught by Brian Puspos, Ian Eastwood, and Florida’s own Marlee Hightower. It was a full day of class made up of five totally different routines. Two taught by Brian and Ian each and then one taught by Marlee. Later that same evening was a hip hop dance competition judged by some of Florida’s best including Jamal Washington who put on the whole event and booked Young Lions to come out. It was one of the finest examples of the success of dancer networking I have ever seen in the state. The amount of talent at the UCF ballroom that day was staggering. I can’t really say too much about the experience; only that I had a blast with new and old friends from the state as well as my own Apocalypse dance crew that made an appearance to compete and take classes.

Here’s some media from the event. They say more than I could about it. 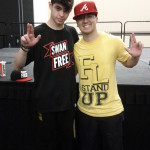 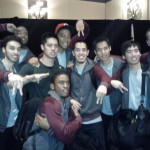